I meant to post this on Monday, May 7th but I guess I forgot to hit ‘publish.’ Oops! 😀
We got back from our exploratory trip to Texas late Saturday afternoon (5/5). The meeting and evaluation at the school went really well. As did the house hunting.
Friday, we got calls from mortgage lenders letting us know we were pre-approved for the house and five acres just north of town in Victoria, Texas. Its about a 20 minute drive to the school.
Today, I signed the tuition contract for Little Man to attend the school starting in September. We’re still slogging through getting all the paperwork completed and turning in documents to the mortgage company. Oy, what an endless process that is!
Book related: I’m working on something that could be very exciting.
So, bottom line: Everything is falling into place and I’m crazy busy/happy. *fingers crossed*
Advertisement

ANSWER: Unique up on it.

Is it just me, or do you notice whenever you set a deadline for yourself, *something* happens to throw your plans off? Or mangles it until it’s unrecognizable.

Yeah. That seems to be the theme for my life anymore. Anyway, I’m ignoring my missed, self-imposed deadlines and plugging away. One. Word. At. A. Time.

When will book two be done? When it’s done. I’m just gonna sneak up on it. 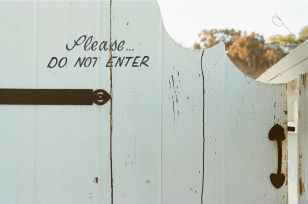 I wish I had an update for you. But I’ve had a stomach bug all week.

I didn’t even get to go out to dinner for my birthday. At least it’s been good for my diet. Wait, I didn’t have one planned.

I managed to get two more chapters off to my favorite editor last week.  That brings me up to 20 chapters. Yay!

TO DO: I’ve outlined the next three and have started writing them. I’m falling a little behind, only because my husband decided to gift me his nasty cold yesterday. as an early present.

This morning, I woke up with a sore throat, stuffed up, and feeling like someone beat the tar out of me during the night. Is he sorry? Heck no. He laughed. I’ll remember that the next time he’s sick.

Will I get the first draft done by Tuesday? Probably not. Will that stop me from getting it done this week? Heck no! At the very latest, I’ll have everything done by next weekend. And with yet ANOTHER snow storm due to hit this week, it looks like I’ll have plenty of time to write.

I’m kinda used to Mother Nature taking a white dump on my birthday in Alaska. But in North Dakota? Come on! Texas is looking better and better.

Until next week, stay warm!

I managed to send off chapter 18 to the world’s bestest editor this past weekend. Now I’m slogging through chapter 19.

I decided to introduce a new alien race and now I have to bring them to life. *sigh*

This book WILL be finished before my 50th birthday (which is coming SOON!). 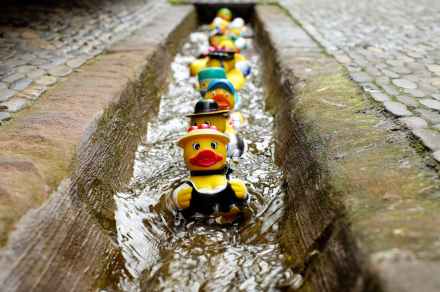 OK, it was only 500 for the whole week, but I felt the logjam in my head start to loosen. I’m hoping to do at least that many this upcoming week.

On a side note: Little man has his evaluation at the nonverbal autism school in 60 days. If everything goes well, we’ll be moving in 90 days. That’s got me wrapped around the axle just a tad.

I have to keep reminding myself to take a deep breath and focus on the here and now until I get the current task or chore done. And only then can I worry about the next task, chore or step.

Yes, I’m a worrier and I like to have my next 100 ducks all lined up. Don’t even think about asking me what happens if one of my ducks wanders off.

Until next time, have a wonderful week!

I figured out, with the help of my friends over at Keystroke Medium, what my major roadblock has been.

On February 12th, they had a live chat where writers could ask questions and their panel of writers would toss out their ideas. My question was first. “How do you get out of a writer’s slump?”

They had a lot of good ideas. Chuck Manley suggested getting to the root cause of the writer’s slump. And then he offered a good number of ideas on what to do next.

After a week of sitting down and brainstorming (which, in of itself, was painful), I narrowed it down to stress.

Stress about moving to Texas. This would require hubby to commute from North Dakota to Texas on a rotational schedule of 20 days on shift and 10 days off shift. OR, finding a new job in Texas.

Stress about little man going to a private school and all the added expenses it would cause. Which loops back around to the stress of hubby either commuting or starting a new job: will the new job be enough to cover it? Will little man have as rough a time with the commuting as he did the last time? (We’re talking meltdowns for a couple of days each time hubby left).

Stress over hubby’s job: things will start to slow down when Spring comes, so I have a lot of saving to do between now and then to cover the costs of moving and all that stuff.

Now that I’ve nailed down the cause, I need to work my solution. Which was recommended: suck it up and power through it. Turning off the stressed part of my brain to focus on writing has been difficult.

Some days have been easier than others. Most days, it’s been pretty painful, but I’ve found that if I just write one sentence, it helps to start clearing the logjam in my head. Over 200 words have been put down. Not a lot, I know. But it’s better than nothing. And, as the old saying goes, “You can’t edit a blank page.” 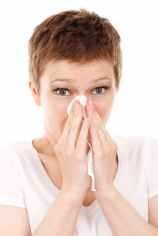 Just a quick note to keep you updated on my misadventures. Or, maybe not such a quick note.

Flu. Yep, the flu came to visit our happy home. Little man came down with it on the 19th. He spent all weekend being flu-y and sick. Monday rolled around and off to school he went, feeling better.

Tuesday, I woke up feeling like someone parked a truck on me. Thankfully, hubby was able to play chauffeur to little man since the insane headaches where making me just a tad grumpy.

On days that I could think straight, I read a wonderful book called “The 8-minute Writing Habit” by Monica Leonelle. It really helps lost writers find their way back onto the writerly path.

Since the flu be END_OF_DOCUMENT_TOKEN_TO_BE_REPLACED

Hi! I know it’s been awhile. And I wish I had a really good excuse for not checking in. But I don’t.

Have I been writing? Yes and no. I was writing like a fiend up until the day before we left for our vacation. We headed out of Watford City, North Dakota on November 22nd to drive down to Galveston, Texas.

We took our son on a five day cruise for his 11th birthday. We visited the ports of Costa Maya (the picture is from the fabulous private resort at Nohoch Kay) and Costa Maya.

We got back to chilly North Dakota on December 3rd and I have yet to write a single word. Other than this blog post. I think I am stuck on ‘island time.’ I know my heart sure is!

I’m mad at myself for not getting my ass in the chair and finishing the last THREE chapters of book two of the Annunak Series! The characters have been harassing me. My editor probably thinks I’m stuck on an island in the Caribbean, somewhere. Friends have been asking me how the writing is going. And all I can do is shrug.

It might be because I’m distracted by life stuff. You see, I found a private school in Texas that specializes in nonverbal autistic kiddos. And I’ve been working on getting my munchkin enrolled for next year. But it means moving as soon as school gets out at the end of May so he can test it out over the summer semester. I’m a little stressed. That’s only about four months away. There are lots of things to figure out and coordinate. All by myself.

Hubby would like to help, but this is the busy season and he’s been working 90 – 100 hours a week. We’re lucking if we see him for an hour a day.

BUT! I have committed to finishing book 2 and getting it published before I pack up my office and head for warmer shores. Now, THAT part, I’m excited about. I’m over all these -20s temps!

I’m also going to try my best to post an update on all the craziness once a week. As well as figure out this whole ‘newsletter’ thingy.

So, if you’ve stuck with me this long, I thank you from the bottom of my frozen heart! Until next week, take care!

I see a number of writers I associate with spending more time talking about writing than actually doing the writing.

I saw Mark Dawson’s tweet and it hit me. I don’t want to be just a writer. Or spend most of my time talking about writing.

I want to have a steading income while producing a steady output. Not live off the high of publishing a single work or two.

LESSON LEARNED: STFU and do the work.

Attack of the Hazacks: An Erebus Rangers Short Story